“They [the disciples] were shocked to find him talking to a woman…” John 4:27 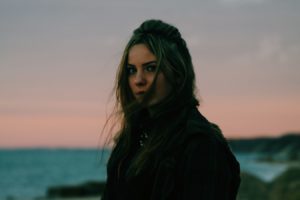 Have you ever felt like an outcast? Maybe by the table of mean girls in high school or the neighbors that you just don’t seem to fit in with. For me, one of my first recollections was entering middle school. I was the new girl, at a new school. All the other kids had started a year prior and knew the ropes. For me, I could barely figure out how to open my locker, much less find my next class.

The period I feared most was lunchtime. I can still hear the plate and glass teetering on my cafeteria tray threatening to smash to the floor. I longingly scanned the room for some place to sit, for someone to sit with. I was an outcast looking to fit in. I felt like a “nobody” when a girl gestured and invited me to sit with her. I went from feeling invisible to feeling important, from despair to feeling a little dignity, a little worth in myself again.

Flash back to ancient times. We peer in on a scandalous encounter. Normally, all Jewish foot traffic avoided a region called Samaria because there was a deep hate between the Jews and Samaritans. So much so that the Jews traveled around the region of Samaria even though it was double the distance. Despite this, Jesus chose to pass straight through this despised region.

On his journey, Jesus grew thirsty and came to a well were a woman was drawing water. There were a host of reasons forbidding any interaction. First, she was a Samaritan. Second, she was a woman. Third, she was a stranger. Fourth, she was indifferent to any spiritual matters. Last, she was considered ceremonially unclean by the law. Due to the cultural norms of the day, all these reasons would lead a parched Jewish Rabbi to go thirsty rather than to ask her for a drink.

It was 6 o’clock in the evening. Not a typical watering time for the town. The rest of the families were probably at home eating their dinner. But there she was alone, still taking care of the day’s necessities.

Her bucket hung low in the well, her back bent over its edge. Her clothing was probably worn after a day of work. She was likely pulling up her bucket when she heard a man’s voice and a Jewish man at that. It stunned her. Was he speaking to her? To her shock and awe, Jesus the Messiah, conversed with her, a despised female stranger. 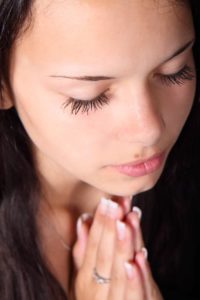 “They [the disciples] were shocked to find him talking to a woman, but none of them had the nerve to ask, “What do you want with her or Why are you talking to her? The woman left her water jar beside the well and ran back to the village, telling everyone, “Come and see a man who told me everything I ever did! Could he possibly be the Messiah?…Many Samaritans from the village believed in Jesus because she had said, ‘He told me everything I ever did” (Jn. 4:27-29, 39).

That day she entered the Kingdom of heaven as a treasured and forgiven daughter of the King.

Where her circumstances would make her despised, the Hope of the world would make her dignified. For not only did she come to faith in Christ, but she led many in town to meet their Messiah too.

Each day when we rise we have a choice to put on the lies of our past or the truth of God’s Word. We have the opportunity to drape ourselves in the dignity of Christ. Today, tomorrow, and the next, will you renew your mind or relive your regrets? It’s up to you.

Father, heal our hurts and mend our wounds. Robe us in your righteousness and drape us in your dignity. Your word tells us our struggle is not against flesh and blood but against the rulers and authorities of darkness (Eph. 6:12). Protect us against Satan’s schemes as we move forward under the covering of your saving grace. Love, Your Daughters

Visit ErinNicoleThompson.com for the Daughters Series videos and workbook.